Connecting Moments to Movements Through a Digital Media History Timeline

History is more than the facts that you read in a book or see in a documentary. History is the YouTube video a young person creates in a media class or the Instagram photo they share with their friends. History can be a flash of fist-raised resistance during a Super Bowl halftime show or a movie that makes you see the world differently. An innovator in youth-led media for social change, Global Action Project (G.A.P.) recognizes that history is a big part of who we are, but that often we don’t see ourselves in history. In the following article, G.A.P. demonstrates how our new Media History Timeline supports young people to position our personal stories within greater movements for social justice!

In a public computer center in New York City, media educators are walking through history. Long rolls of craft paper bursting with images of popular media hang from the walls, forming a patchwork display. The makeshift exhibition includes scenes from war, watershed moments in the advancement of LGBTQ rights, the uprising against police violence in Ferguson, Missouri, the backlash against migrants and refugees of global oppression and many, many more.

Guiding educators through this media gallery are youth leaders and adult staff from Global Action Project (GAP), a youth media organization, based in New York City that works with young people most impacted by injustice and builds community power through media production, political education and leadership development. For this workshop, GAP staff and youth leaders are leading a professional development training for digital media educators working with youth in afterschool programs across NYC  who seek to bring curricula that integrates advanced digital skills, team-building and political education to their youth.

The media gallery walk is an activity from GAP’s curriculum that focuses on an online learning platform: the Media History Timeline. The Media History Timeline is a new program for the 25 year old youth media organization, with origins in the era of digital video tape. Today, GAP is moving into a storytelling space where non-linear stories move to the multi-linear rhythms of posts linked inside a dynamic and shifting Internet.

Before moving to the online world, media educators in the workshop are asked to walk through the paper gallery version of the web-based timeline and look closely at the different media stories. Which stories stand out? Which stories do they remember? Which stories are missing?

A media educator working in Crown Heights, Brooklyn speaks up immediately about the torture photos from Abu Ghraib that she remembered seeing in 2004. She speaks of how these images shocked the consciousness of many and starkly conveyed the barbarity and dehumanization of war. The Brooklyn-based teacher also recalls how an artist took these images of torture and mixed them with contemporaneous advertisements for Apple’s new iPod. Vibrant colors of dynamic, silhouetted dancers in a frenzy of musical euphoria are replaced by hooded prisoners in postures of humiliation and suffering. As the group discusses this media moment, culture jamming comes to be seen as a mechanism to respond to a consumer media system that relegates critical and relevant stories to the margins.

A media educator based out of Harlem remarks, “how relatable things are by looking at a timeline.” He points out the interconnectedness of these stories by looking at the opening of Harvey Milk High School in NYC in 1985 and joins it to the 2008 release of the biopic, Milk, starring Sean Penn. One story is a movement story for LGBTQ rights with the founding of a high school designed for transgender, gender-nonconforming, gay, lesbian and bisexual youth. While the other is a story of mainstream Hollywood acceptance. A media educator observes how Milk, a film about the first openly gay politician elected to public office in California, is a story that needed to wait years for a popular retelling and release. GAP youth leaders encourage further conversation by asking what happened in the intervening years within our popular culture, our media policy, our movement history that prepared the way for a film like Milk? What other stories made this one possible? And whose stories still need to be told? Through processing questions, educators are invited to continue the discourse, examining how stories can affect change and how stories reflect the change or maybe do a little of both.

After the gallery walk through, GAP youth leader Giselle Bleuz, presents a story she placed on the timeline: Beyonce’s 2016 Super Bowl halftime performance of her new single, Formation. It is a video steeped in contemporary African-American history with images of oppression and resiliency: the flooded 9th ward of New Orleans, a line of militarized police, raised fists of the Black Power movement and a young boy dancing in defiance. It is a story that Giselle, a black woman of trans experience living in a city with one of the largest municipal police forces, connects with and a song that speaks to her reality. In response to the anti-Beyonce backlash by former NYC mayor Rudolph Giuliani and other “law and order” czars, Giselle counters that as a person of color she has never felt protected by the police. This song, this video, this performance by a strong and talented woman of color is one that Giselle recognizes as a media moment that has connections to the Civil Rights and Black Power movements of the past and the Black Lives Matter movement of today.

At this time, Giselle models the interface of the Media History Timeline tool, showing how the Beyonce video runs along a track of media stories that show a chronology of policing alongside a track for youth organizing and another track for media policy. Weblinks expand the story and draw connections between stories to create a deeper and more comprehensive analysis. What happened in federal policy that led to high incarceration rates? And is this policy shift connected to the financing of local police? What about immigration policy reform and the simultaneous growth of private and public investment in surveillance technologies? Media educators are encouraged to look closely at the stories along the timeline as Giselle clicks through. What stories are there? What stories appear again and again? What stories aren’t there but should be?

An educator from East Harlem reflects on the entry that establishes origins of policing to the slave patrols of the 1800s, patrols that arrested freed blacks and escaped slaves and sent them to the South to be enslaved. Policing has a persistently brutal history, a history with an origin date, a starting point, a time when municipal police forces were established. Through stimulated discussion many in the room quickly draw the conclusion that this also means there was a time before the police existed. What was this time like? And how can we use this historical insight to imagine and work towards a future when there is no need for an institutional police force. A future where we have transformed our collective understanding and practices of creating safety and community well-being.

Digital tools like GAP’s Media History Timeline may one day develop and become digital catalysts that inspire the unimaginable. As online stories are connected by time and arranged across tracks that overlay, dissolve and alter elements around them, they become a new story because of their arrangement. Timeline stories have the power to take the past, identify connections to today, and with vision, build bridges to tomorrow.

To quote the writer and civil rights activist, James Baldwin, “The great force of history comes from the fact that we carry it within us, are unconsciously controlled by it in many ways, and history is literally present in all that we do.”

If we imagine a  history we can define and transform through the stories we share, then perhaps we can begin building a narrative for our liberation. 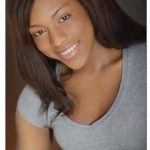 Giselle Bleuz is a youth leader working as a part of Global Action Project’s Outreach and Distribution Fellowship, SupaFriends program and Media History Timeline project. She has facilitated workshops at schools, organizations, and conferences and has produced several videos with GAP. 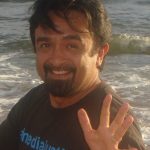 Carlos Pareja is Media History Timeline Coordinator with Global Action Project. He is a longtime media educator, digital storyteller, and activist who fights to change narratives, public policy and our world.

Previous:A Letter from the Special Issue Editor
Next: the future is a choir
Welcome to the Youth Media Reporter--an open access, peer-reviewed professional journal for scholars, practitioners and others who develop, organize, teach, study and support youth media practices and programs.