Media Arts Education for the Electorate

Dr. Brian Purnell reminds us that we are in an ongoing cycle of struggle and progress. It is circular. It is iterative. It is spiraling. Our spot in the rotation at this moment feels low, and dark, and I hope these thoughts help us look toward the curve of the arc. Though they celebrate the power of the moving image, they are shared in the language of our last century: words. We still need them too.

September, 2016 marked the 15th anniversary of the Jacob Burns Film Center, as well as my own personal tenure with the organization. The milestones prompted celebration, remembrances and reflection. How good we all felt about the work we did every day to cultivate new voices, engage our community in conversation, and develop students’ empathy. Meanwhile, the fall also devolved into the politically turbulent election cycle we all watched with horror. As I reeled, alongside the manic media establishment, artists, writers, and many of you, from the outcome on November 8, the simultaneous experiences were confounding.

We all witnessed how despite a decade of the explosion of distribution channels online, and the proliferation of consumer production devices, the narrative was still being controlled overwhelmingly by those of privilege. The JBFC was, in fact, its own echo chamber, located just one mile from the Clintons’ Chappaqua home, sitting contentedly in the progressive east coast corridor.

A new level of self-assessment became necessary, and one not quite so self-congratulatory. The thoughts reconciled themselves, ultimately, in hope and a recommitment to the impact we and colleagues around the country can make to bring media arts education to young people as the best protection of our democracy. The opportunity for students to find, learn, and use the modes of visual communication are just still too few and too hidden.

At the East Flatbush Community Research School in Brooklyn, NY Roosevelt School in Bridgeport, CT and the ReNEW Cultural Arts Academy in New Orleans, LA, teachers are helping students find their voice by bringing media arts into their academic instruction. These schools are all part of Turnaround Arts, a program of The Kennedy Center, in partnership with the President’s Committee on the Arts and the Humanities- one of the Obamas’ many significant legacies. This initiative believes student achievement is grounded in access to and experiences in the arts and works with schools in 36 school districts in 15 states and the District of Columbia, all of which are “priority-designated,” meaning they are in the lowest performing 5% of schools in their state. The schools are in red, blue, and purple dots and all represent communities that are vastly underrepresented in our cultural landscape. As part of Turnaround Arts, schools receive an array of arts education services designed to increase students’ chances of success, engage the local community, and raise the visibility of students’ achievements. The JBFC is proud to be the first media arts organization to collaborate with Turnaround Arts on a variety of national and local film, literacy, and arts-integration partnerships. The partnership has sharped our conviction that the revolution in diversifying the media landscape will not begin in film school, but in kindergarten.

The young people in Brooklyn, Bridgeport, and New Orleans are encountering the JBFC’s curriculum, Image, Sound, and Story. More than lesson plans, this approach believes in a whole-child, whole-school strategy – that immersive and embedded media education can have meaningful impact on the lives of all students. It is fundamental to recognize that the children in our fourth grade classrooms will be part of the electorate in the 2024 presidential race. What capacity will they have to share their particular and unique context? To thoughtfully consider the rhetoric of pundits? To distinguish constructed realities from authentic experience?

We are now ready to take up the next questions: 1) What happens for students and teachers when there is a school-wide commitment to media arts education? 2) Can a school’s definition of literacy expand to include the many forms visual communication throughout its teaching and learning? 3) What happens for a cultural organization and its staff and teaching artists when work in public school classrooms becomes front and center?

Media is unique amongst the arts disciplines in that its core activities of viewing and creating are as essential as reading and writing. It is truly a language that students must have facility with in order to be active participants and engaged citizens in a screen-saturated culture. Image, Sound, and Story is unique in its approach to teaching the grammar and language of visual communication, approaching visual texts as a central component of a child’s literacy instruction, not simply a one-off or enrichment opportunity. We meet the challenge of impacting teaching practice, and in turn, offering young people alternative entry points to content and instruction. 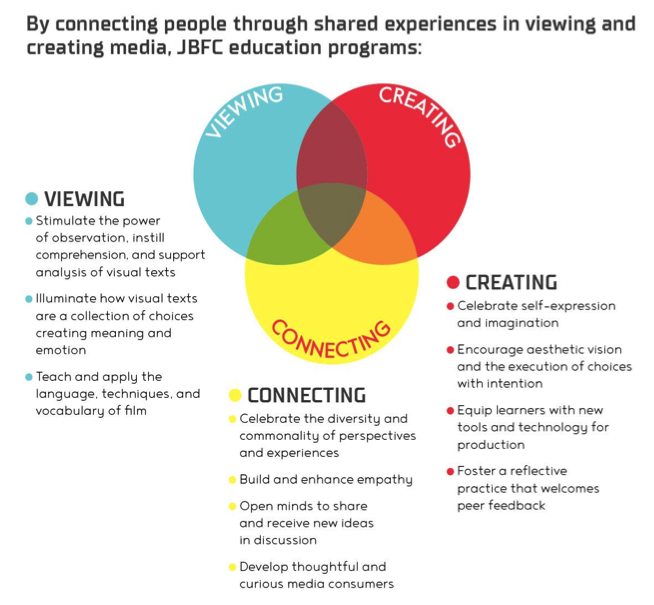 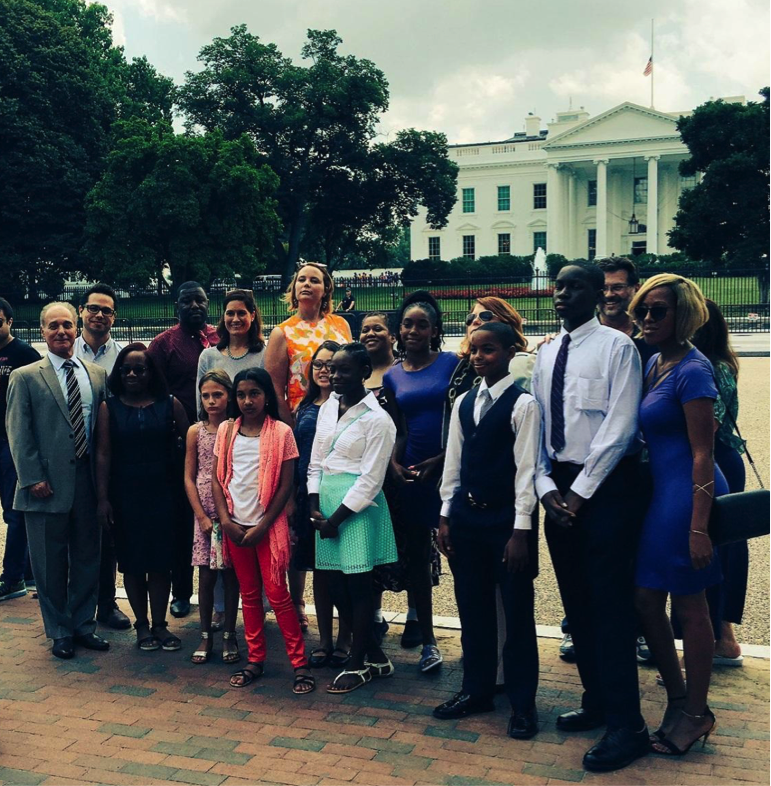 Students from Turnaround Arts Schools in Bridgeport, attending the March on Washington Film Festival through their participation in Image, Sound, and Story.

“The overall goal of education is empowerment. What better way to empower than through media?” 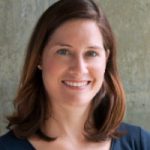 As Director of Education at the Jacob Burns Film Center, Emily has overseen the development, implementation, and expansion of the education programs since their inception in 2001. The JBFC is now the most successful suburban art house in the country, featuring 400 films a year from 50 different countries. The education programs are achieving national impact, equipping and inspiring nearly 15,000 students a year to communicate in the language of our visual culture: image, sound, and story. With programs on the JBFC campus, including a 5-screen Theater, 27,000 square foot Media Arts Lab and Residence for International Filmmakers; as well as a robust online interactive teaching and learning platform, Emily has established the education programs as a model for innovative media education.

Emily has published and presented on the imperative for a redefinition of literacy and the joy and creativity of “Viewing & Doing” at conferences hosted by the New Media Consortium, MacArthur Foundation’s Digital Media and Learning Research Hub, the National Association for Media Literacy Education, the Turnaround Arts National Retreat, among others.

Emily is particularly interested in close reading across texts, self-expression, and story as the most powerful tool we have to connect across age, race, and space. She is also an adjunct faculty member at Pace University’s School of Education where she teaches Writing Process and Media Production and Literature and Digital Storytelling.

She graduated from the University of Virginia with a bachelor’s degree in English language and literature and a focus in film studies and received a master’s degree in education, communication, and technology from New York University’s Steinhardt School of Education. Being married to a high school English teacher and the mother of 9 year-old twins keeps her closely connected to the realities and challenges of bringing innovation to public school education.

Previous:Lesson Plan: Incident, Countee Cullen
Next: A Space of Our Own
Welcome to the Youth Media Reporter--an open access, peer-reviewed professional journal for scholars, practitioners and others who develop, organize, teach, study and support youth media practices and programs.