Lesson Plan: Are Teens Age 16 and Older Ready to Vote?

As a teenager, I was one of those political junkies who read the newspaper daily in my high school library, surrounded by a small knot of likeminded peers. So yeah, not the coolest, but definitely the most informed. I would have given anything to be able to vote at 16, especially since I’d been paying taxes since age 12 (through a job delivering newspapers, then working in a local restaurant). Unfortunately for my teenage self, passionate, action-oriented organizations like Vote16USA didn’t exist in the 1990s. No one in my small California town would have given more than an eye roll to the idea of 16 year olds casting a ballot. Fortunately for youth today, the issue of lowering the voting age in local elections is gaining the attention it deserves. As an educator, I was thrilled to write this lesson plan on an issue so close to my heart (going on decades now…). The plan is meant to give an overview of the issue and spur debate. Some young people are eager to vote; others may not feel ready. Regardless of where you stand on this issue, it’s important to talk about what it means to participate in a democracy—and what it means to be a taxpayer and rely on public services without having a voice in helping shape policy, especially at the local level.

Youth civic action and participation has arguably never been more relevant. Recent environmental and civil rights protests have put the voices of young people front and center. Yet while these youth activists can post on social media, join protest marches, and even sue the federal government, they cannot cast a ballot until they turn 18. Efforts to lower the voting age to 16 are gaining traction, but are still largely unknown. The purpose of this lesson plan is to get students thinking and talking about whether or not they and their peers are ready to vote and what it could mean if they do, both now and in the future.

CCSS.ELA-Literacy.CCRA.R.1: Read closely to determine what the text says explicitly and to make logical inferences from it; cite specific textual evidence when writing or speaking to support conclusions drawn from the text.

CCSS.ELA-Literacy.CCRA.R.7: Integrate and evaluate content presented in diverse media and formats, including visually and quantitatively, as well as in words.

What are the best strategies for getting teens under 18 involved in political issues that affect their lives? What are the reasons for and against lowering the voting age?

Several countries, including Brazil and Great Britain, and two towns in Maryland have lowered the voting age to 16 or 15 for local elections. Arguments in favor of lowering the voting age point out that teens deserve a voice since they often work, pay taxes and rely heavily on local services, like public transportation and education. Research also shows that when teens vote earlier they are more likely to vote as adults, thus boosting voter turnout nationally. Counter arguments claim that 16 and 17 year olds are not mature enough to vote, as demonstrated by other laws that view those under 18 as minors. San Francisco voters didn’t pass Proposition F in November 2016, which would have made San Francisco the first major city to lower the voting age. However, efforts to lower the voting age continue throughout California and the nation.

Do you think 16 year olds should be allowed to vote in local elections? Why or why not? If it were legal, would you choose to vote at age 16? Explain your answer.

A quick write allows students to write down their thoughts before discussing the opening question in order to increase participation and make the discussion more accessible to English Language Learners.

Discuss the following questions or ask students to complete them in writing as part of a lesson reflection or exit ticket.

Regardless of their stance on lowering the youth voting age, young people can make their voices heard in many ways beyond the ballot box. Encouraging active civic participation is not a partisan issue. It is necessary for a democracy to flourish. All of our voices matter—and the earlier young people come to see themselves as active and engaged, the healthier our democracy will be. The debate surrounding the youth voting age reminds us of this. Whether your students are reading the newspaper every day as I did, protesting policies they disagree with, writing letters, speaking to elected officials or simply trying to figure things out, helping them make their voices heard will always make a difference. 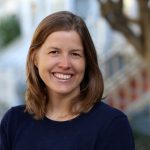 Rachel Roberson is KQED’s news education manager. Previously, she was a writing and humanities teacher leader on three continents, having served on the founding staff of KIPP Bayview Academy in San Francisco before moving to schools in Abu Dhabi and Austin, Texas. She started her teaching career as a Peace Corps volunteer in Cameroon. After 11 years in the classroom, Rachel worked in Oakland public schools as a senior program manager for Reading Partners and later as a trainer and staff development consultant for nonprofits, schools and women-owned businesses. A graduate of Northwestern University, Rachel was a journalist in the Bay Area before becoming an educator.

Previous:A Letter from the Special Issue Editor
Next: the future is a choir
Welcome to the Youth Media Reporter--an open access, peer-reviewed professional journal for scholars, practitioners and others who develop, organize, teach, study and support youth media practices and programs.